Couples opting for fertility treatment conduct research on various treatment options and In Vitro Fertilization (IVF) is one among them. The clinic offers a spectrum of testing options before attempting IVF. In order to achieve 100% success, the infertility clinic conducts a host of tests. The terminologies surrounding the diagnosis could be confusing like PGC, CCS, PGS, etc. So what do these alphabets stand for and how is it relevant to improving the outcome of IVF. Genetic screening and testing are not the same. Screening measures the risk levels for genetic diseases while screening test access the level of risk the fetus may acquire certain congenital disabilities. 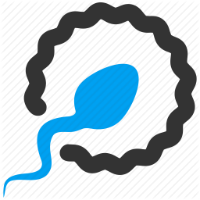 most commonly used generic testing term while referring to testing embryos. The term has been used regularly by reproductive endocrinologists and geneticists. The term is related to testing embryos before transferring. PGD came into practice in the latter part of the 1980s as an alternative option for a couple who have the risk of passing on genetic diseases. Instead of terminating the affected fetus, the prenatal genetic diagnosis can help the couple to use IVF to conceive by transferring healthy embryos to be implanted into the uterus. Commonly fertility centres use PGD as a term to refer testing specific genetic diseases, especially patients who have a high risk of transmitting single gene defect to their offspring like haemophilia, Tay Sachs disease, cystic fibrosis. This can be caused due to mutation of a gene in one of the couple. When one or both parents can carry the mutated gene or an unbalanced chromosomal rearrangement, the test helps to determine if the defective gene has been transmitted to the embryo. 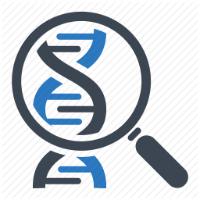 PGS is a term used to describe the screening of embryos to ensure they have the correct number of chromosomes and check for structural chromosomal abnormalities. The process can be termed as aneuploidy screening. When the genetic parents are presumed to be chromosomally normal, and the embryo is screened for aneuploidy. The PGS has the potential to increase the success rate of IVF especially for women over 35 years, those victims of repeated IVF failures and recurring miscarriage. Earlier PGS was conducted using FISH analysis on a single cell limited to 5 to 10 pairs of chromosomes from the 23 pairs. The new testing method like the single nucleotide polymorphism (SNP) analysis or the comparative genomic hybridisation (CGH) facilitates testing of the complete 23 pair of chromosomes.

The major benefits of genetic testing include reducing the risk of passing a genetic disease to a child and increasing the chance of successful pregnancy and birth rate from IVF treatment.